During the events leading up to and following the Third War, several criminal organizations appeared around Azeroth. The neutral evil Bloodsail Buccaneers appear to be one of these organizations, originating from Bloodsail Hold on Plunder Isle, which is where their ruler, Duke Falrevere, holds court. They now plot to plunder and cripple the Steamwheedle Cartel-controlled port city of Booty Bay, currently under the protection of the Blackwater Raiders. It is likely the Bloodsail Buccaneers have come to take advantage of the city’s current loss of its fleet off the coast of the Arathi Highlands, in which two of its ships were destroyed and the remaining ship forced to find shelter in a cove where its crew currently fights to survive skirmishes against the Daggerspine naga. In preparation for the attack, the Bloodsail Buccaneers have taken up positions in key locations near the city. Currently, they have three ships anchored along the coastline south of Booty Bay, clear of the town’s defensive cannons, with camps also being built along the same coast in preparation for the attack. In addition, a scouting party has landed just west of the entrance to the city, reporting all activities, and a compound is being constructed along the road leading towards the city and will likely be able to stop any re-enforcements from coming to aid Booty Bay. Both the Bloodsail Buccaneers and Blackwater Raiders seek to achieve their goals without having their forces engaged in battle; to this end each side now seeks the aid of adventurers sympathetic to its cause. 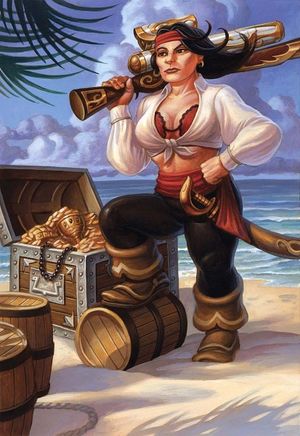